CO TO – THE PARADISE ISLAND

1. General introduction about Co To Island

Co To is an archipelago located in the east of Van Don Island, Quang Ninh province. The central place is District Co To with an area of ​​47.3 km² and a population of over 4,985 people.

Co To is likened to the “miniature Northern region” by the natural beauty that nature has bestowed on the island. Co To Island has not only the blue sea but also the green rice fields with the sound of frogs at night reminiscent of the peaceful Northern villages.

In particular, there are also small twisted roads through the forest, bends, and rugged cliffs of the Northwest mountains.

2. The ideal time to visit Co To Island

Co To tourism brings beauty in the bright sunshine. The blue sea is so clear that we can see down to the bottom. You can go to Co To any time of the year. However, the ideal time to travel to Co To is the sparkling sunny summertime, from April to September.

In case you have a plan, check out the weather forecast to avoid rainy or stormy days if you don’t want to be stuck on the island for a few more days.

3. Transportation to Co To Island

Co To is an island located offshore, so the only means of transportation is seaway. If you are from other provinces, go to Cai Rong port to rent boats to the island!

4. Tourist destinations on Co To Island

A paradise that anyone comes to here cannot ignore is the area of ​​Cau My Stone Beach in the south of Co To Island. Cau My has a sedimentary rock system eroded over tens of thousands of years by seawater, creating a rare wonder compared to other famous islands of Vietnam.

Co To is where the ‘original’ beaches are untouched by humans, and Hong Van is such a place. The beach is on the east of Co To Island, where the waves are calm and quiet because Thanh Lan Island is blocking the wind. The beach is beautiful, thanks to the clean, soft sand and blue water.

Located at the end of the island is beautiful Van Chai Beach with smooth sand beaches, charming waves. In particular, the sea here is always beautifully blue, reflecting the sun.; The blue water also changes different shades whenever small waves are stamping each other to the shore.

As an uninhabited island, Co To Con attracts the most tourists of the Co To archipelago because of its beautiful pristine beaches. Co To Con Island is more than 1 km from Co To, so tourists do not need to apply for a permit and can rent wooden boats to Co To Con Island with the travel time of about 25-30 minutes. The price for renting a boat is 600,000 – 800,000 VND (about 30-40 US dollars/ 3000 – 4,000 yen) / 12 people. Here you can try the feeling of sleeping in a tent on the beach. Such a nice experience for those who love the new feeling!

As a night-sea eye in the system of more than 30 light stations currently operating in Vietnam, this lighthouse has a history dating back to the end of the 19th century. To come here, visitors must overcome the challenge by steep turns and then 72 steps up the stairs. Standing on the lighthouse tower, visitors can zoom in to catch the full panoramic beauty of Co To Island, from the bustling town to the beautiful beaches or the lush green forests.

This place is a water park with many exciting and fascinating games suitable for both individual travelers and a group of friends to participate in team-building games. This promises to bring you a lot of laughter.

Co To has been famous for its diverse ecosystem of coral reefs and rare seafood. And it would not be any more wonderful to be able to dive deep and directly touch the coral reefs and to swim around with the colorful fish.

You will rent a boat with the fishermen to catch squid at night.

The speed of canoes at sea can reach from 50 to 80km / h. You can overcome the waves as well as the vast of the sea.

6. Accommodation on Co To Island

– From Co To pier, you take a motorbike taxi to the central market, which is the busiest place in town to choose a guest house easily.

– In Co To, the power is often cut off, especially on weekends, so you should choose coastal motels to enjoy the fresh air. On the island, there are the Board Guest House and The Thanh Motel, which often run generators, so if you can make a reservation here, you will not have to lose power during the day.

Hopefully, with the experience of traveling to Co To the article shared above will bring you memorable and interesting experiences on this beautiful island. Lang Co Bay is an attractive destination for tourists to explore the immense nature and the pure beauty of marine culture. 1. Introduction about Lang Co Bay Lang […] 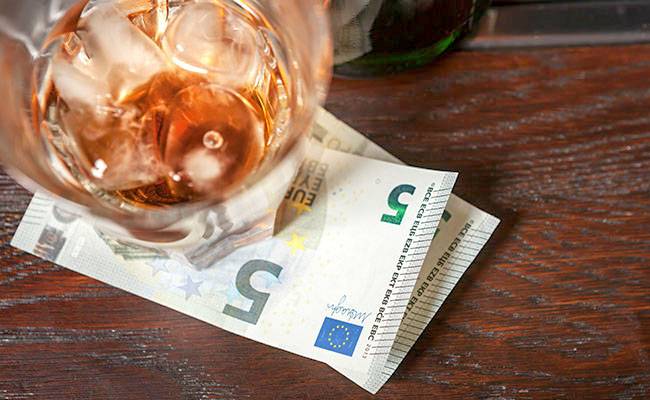 Tip has become popular in modern life. Especially, in the service and tourism industries. However, “Tip or not tip?” and “How much tip is enough?” are still a […]

0 thoughts on “CO TO – THE PARADISE ISLAND”