Twisting on a spur of Truong Son mountain range, Hai Van Pass offers travelers a thrilling emotion while riding on the zig-zags 500m above sea level

The pass is ideal for a day trip from Danang – Hoi An to Hue or vice versa, which gives tourists a chance to admire picturesque Central mountainous landscapes as well as learn the local history along the way.

Hai Van Pass, also known as Ai Van or May Pass, runs along Hai Van mountain in the Bach Ma range running straight into the sea. The pass with a total length of about 25km is the boundary separating Da Nang city (20 km) and Thua Thien Hue (80 km).

The pass is not only a geographic boundary between Dai Viet and Cham-pa in the 14th century but also a strategic military post during the war. In fact, Hai Van Pass was explored and built during the French colonial period to be the main traffic route connecting the North and South to transport weapons and food. Later, it was remodeled to be the country’s arterial traffic route. The new tunneled highway constructed near the pass diverted much of the Hue-Da Nang traffic away from the twists and turns of this mountainside road.

The most appropriate period to ride the pass is during the dry season, especially from March to May. At this time, it’s sunny yet not so overwhelming as from June onwards. Meanwhile, the cruise in the rainy season, normally from September to February, is extremely dangerous because of wet, slippery roads.

On dry days, it is not advisable to start early in the morning since, by this point, the top of the pass can be covered with thick mist, blocking the views around and even 3 meters ahead. However, this fog phenomenon gives the area a great atmosphere and makes it more stimulating like you are riding into a jungle.

You can easily go to the pass from either Da Nang or Hue by bus, car, motorbike, or bike. Still, motorbikes are the most recommendable vehicle as you can stop by any place you like, while traveling by car or bus, you will only stop at the foot of Thua Thien Hue province to see Lang Co beach and Lap An lagoon.

From Da Nang, follow National Highway 1A to the north through the Nam O region to go to Hai Van Pass.

From Hue, follow Highway 1A, near the underground tunnel, then turn left onto Hai Van Pass.

The journey probably takes about 20 to 30 minutes by motorbike, depending on how well you drive and the weather. Due to the nature of the pass, we highly not recommend inexperienced motorcyclists to hit the trip.

It’s easy to find the motorbike rental service in both cities, or at Hoi An, if you start from there. The prices for daily rentals range from 100,000 VND to 150,000 VND.

Located right at the foot of Hai Van Pass, Lang Co Bay – a member of the World’s Most Beautiful Bays Clu appears in the crescent shape covered with white clouds and clear blue water. The bay was originally a peaceful, quiet beach where King Khai Dinh built a Tinh Viem palace to relax. Sometimes, you will see a train passing through the bay.

Right behind Lang Co Bay is the beautiful Lap An lagoon with rich flora and fauna, surrounded by Bach Ma mountain. The most unique point here is when the tide recedes, a white-sand path rises in the middle of the lagoon, which tourists can walk on. The lagoon is also home to seafood farms.

Hai Yuan Guan is the gate built in the Tran Dynasty, used to separate the two ancient kingdoms. During the war, it became an observatory due to its high location suitable for observing the surroundings. The door facing Thua Thien Hue has the word “Hai Van Quan”, and the one facing Quang Nam has the word “Thien Ha De Nhat Hung Quan”.

Van Village, or Hy Lac Vien, is a small pristine village located at the foot of Hai Van pass in Hoa Hiep Bac, Lien Chieu, Da Nang. Since the place is completely isolated from the city, Van Village features the wildness and tranquility inherent in an old fishing village. There are also wide rocky beaches with crystal clear water suitable for swimming, camping, or fishing at three main beaches, Bai Dua, Bai Chinh, and Bai Xoan.

This was an old military outpost with remnants of old buildings and bunkers at the top of Hai Van Pass, where the host of Top Gear once put the foot on (2008). The bunker was fully intact with bygone viewing slats that give tourists an experience of what the troops would have seen – a 360 degrees birdseye view of the area.

You’re also good to stop here to take photos and perhaps get some snacks and drinks along the long drive.

5. Notes before getting on Hai Van Pass

– Once again, only ride the pass when you already have experience in riding motorbikes, or be sure to have a sensible driver with you. This is no road to have a reckless one.

– Bring along the essentials, such as sunscreen, long-sleeved tops, long pants, coats, and water.

– The weather at the two ends is extremely different; sometimes it can be sunny in Danang, but super rainy in Hue, or vice versa, so you should check the weather at both stops.

– When renting a scooter, you need to leave your ID at the services. Also, remember to check the brakes carefully before setting off. Ho Chi Minh city (Saigon) is not only a major tourist center of Vietnam but also a transit station among tourist destinations throughout the country. If you are […] 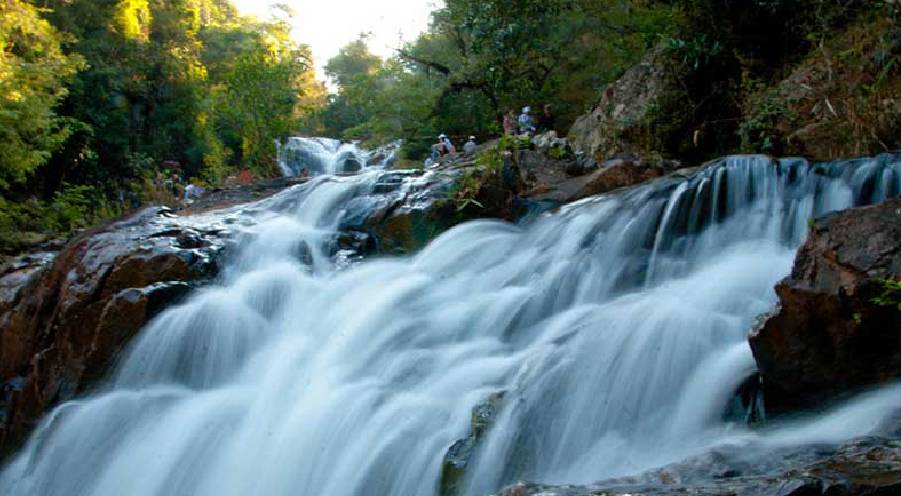